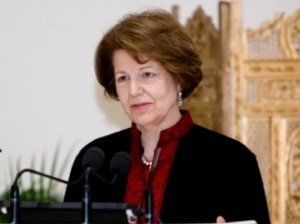 She noted that the United Kingdom and Azerbaijan have strong ties: "The trade turnover between the countries is on a high level. In Azerbaijan more than 400 companies currently operate in various fields. The biggest investor is the BP. United Kingdom intends to increase the level of trade turnover with Azerbaijan several times. During the meeting with President of Azerbaijan Ilham Aliyev, he said that tourism is an area in which he would like to see the development. Tourism is the second most important income-generating area in Britain. I think that the development of our relationship will be reflected in this field.”