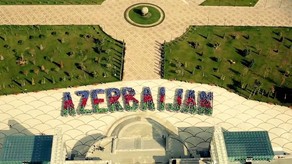 IV Congress of World Azerbaijanis will begin in Baku tomorrow.

The two-day meeting will bring together over 500 diaspora representatives and guests from 49 countries. Well known politicians, public figures, scientists and senior officials from several countries, members of parliament will be among the participants.

According to the program, on June 2 the participants of the congress national leader will visit Heydar Aliyev's memorial in the Alley of Honor, Alley of Martyrs, who died for the independence and territorial integrity of Azerbaijan and the memorial complex of Turkish soldiers.

The opening ceremony of IV Congress of World Azerbaijanis in Baku will take place on June 3. After the official opening sessions of the Congress will continue their work on the panels.

During the event, representatives of the Azerbaijani diaspora will meet with heads of state and government structures.

At the end the congress is expected to adopt a number of documents.

The Congress will complete on June 4.