“Azerbaijani multiculturalism” to be studied in Czech Republic 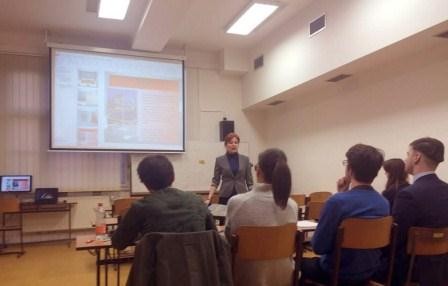 The project of the Baku International Center for Multiculturalism teaching of subject Azerbaijani multiculturalism began at the Faculty of Philosophy at Charles University in the Czech Republic.

The politics of multiculturalism in Azerbaijan and multi-confessional will be studied at the Charles University.

The subject of Azerbaijani multiculturalism will be taught at the Faculty of Philosophy at Charles University.

The subject of Azerbaijani multiculturalism was taught at universities in Russia, Bulgaria, Belarus, Georgia, Lithuania, Czech Republic and Italy. Classes will be held during the whole semester.

In the autumn semester new universities will include in this list, and their number is constantly growing.

Azerbaijan, being faithful to the ideas of multiculturalism and seeing dialogue as a best tool for building peace and prosperity amid the crises and tensions, has declared 2016 the Year of Multiculturalism.

President Ilham Aliyev signed a decree on to declare 2016 the Year of Multiculturalism in Azerbaijan in an effort to maintain, further develop and popularize the traditions of multiculturalism in Azerbaijan. Azerbaijan, a country which established the first secular democracy in the Muslim world in 1918 and offered women the right to vote in 1919, acts as a model for peaceful coexistence of members of different nations and religions for many other countries as well.

Tolerance and multiculturalism in secular Azerbaijan is a style of life for over 9.6 million people living at the crossroad of the East and West, and combining traditions and cultures. Azerbaijan has set up an international centre for multiculturalism in 2014, as a concrete effort to promote the values of multiculturalism. Azerbaijan makes important contributions to the traditions of tolerance, intercultural and inter-civilization dialogue. The country's success in multiculturalism relies on the full-scale embrace of this openness and tolerance by both government and the society at large which has remained primarily stable for many decades.

Regarded as a model of tolerance and multiculturalism around the world, Azerbaijan aims to continue building tolerance and intercultural dialogue in the country and throughout the world.