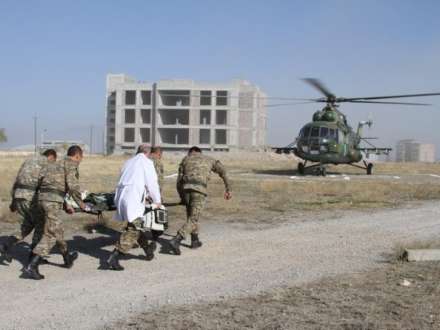 Another Armenian officer was killed in a traffic accident in Armenia's Ararat region.

Axar.az reports with reference to the Armenian media that the accident took place this morning at 05:30. A car travelling on the Yerevan-Arazdayan (Yeraskh) highway overturned. The driver, 35-year-old Ararat resident Arsen Mirzoyan, died at the scene.

It should be noted that an Armenian soldier was killed and five others were injured in an accident on the Yerevan-Arazdayan road a few days ago.

Last night, the Armenian army fired on Azerbaijani soldiers from this direction.