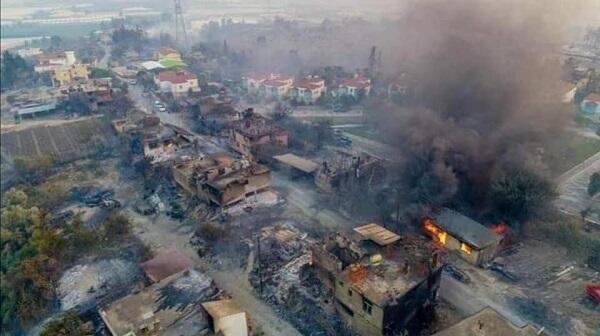 The Turkish Emergency Management Agency (AFAD) has announced the latest situation with the ongoing forest fires in the country.

Axar.az reports that 66 out of 79 forest fires were brought under control.

It was stated that continuous measures were taken to extinguish the 13 ongoing fires.

According to the Minister of Agriculture and Forestry Bekir Pakdamirli, 70 out of 81 fires have been localized.