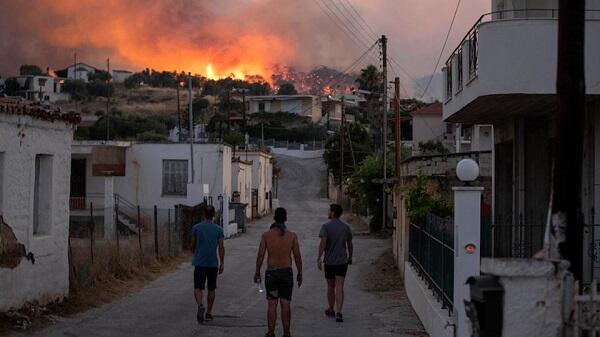 Thousands of people have fled their homes north of Athens as firefighting planes resumed operation at first light in Greece on Wednesday to tackle a major forest fire on the northern outskirts.

One of the country's most intense heatwaves in decades more than 500 firefighters struggled through the night to contain a large forest blaze on the outskirts of Athens, which raced into residential areas on Tuesday, forcing thousands to flee. It was the worst of 81 wildfires that broke out in Greece over the past 24 hours.

“It is a large fire and it will take a lot of work to get this under control,” the greater Athens regional governor, George Patoulis, told state-run ERT television. “The foliage is very dense in these areas and it is very dried out due to the heatwave, so the conditions are difficult.”