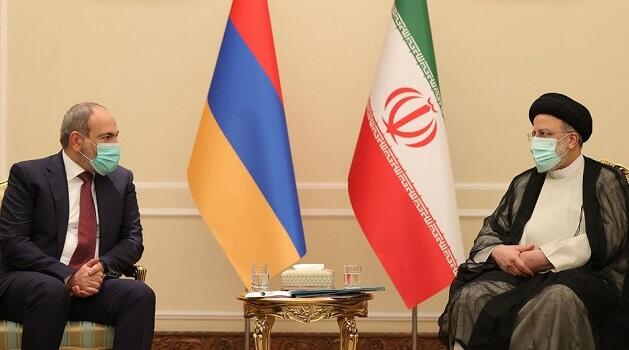 Prime Minister of Armenia Nikol Pashinyan, currently in Tehran on a working visit, has stated that his visit “demonstrates the commitment to deepen relations and strengthen cooperation between the two countries at the highest level.”

Axar.az reports that the Prime Minister has made that remark at a meeting with Iranian President-elect Ebrahim Raisi and stressed that multilateral cooperation with Iran is of primary importance for Armenia.

Nikol Pashinyan has also underlined the importance of Iran’s consistent efforts to establish peace and stability in the region.

Ebrahim Raisi has stated in turn that maintaining peace in the region is key for Iran and added that his country also considers it necessary to resolve all issues through dialogue.

The leaders of Armenia and Iran have discussed a wide range of issues related to the strengthening of trade and economic ties. In particular, they have talked active operation of the Meghri Free Economic Zone, the possibility of implementing free trade regime between Iran and EAEU, the development of regional communications, Iran’s interest in the North-South highway construction program, and the development of cooperation in the energy sector.