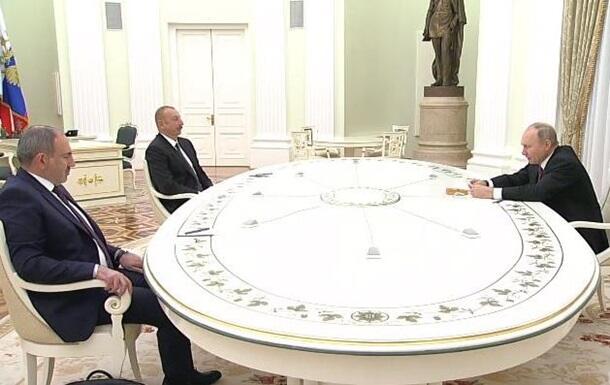 If such an agreement is prepared, we will disseminate it in due course.

Axar.az reports that the statement came from Russian leader's spokesman Dmitry Peskov in connection with the upcoming meeting of the leaders of Russia, Azerbaijan and Armenia in Moscow.

He said that the three leaders are scheduled to meet in Moscow in the first decade of November.

Earlier, RIA reported that the trilateral meeting of the leaders of Russia, Azerbaijan and Armenia will be held in Moscow on November 8-9 and a trilateral statement will be signed at the meeting.