Shootout on the border: Yerevan is in panic 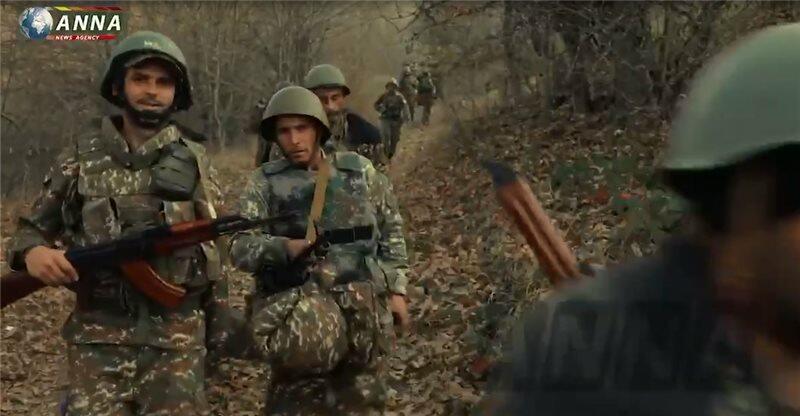 Armenian media, social networks and the Ministry of Defense have been humiliating themselves since this evening.

Axar.az reports that after 17:00, Armenian Telegram channels reported that a shooting took place in the direction of Kut village (Goycha), and an Armenian soldier was wounded as a result of fire opened by the Azerbaijani Army.

Some time later, at 18:24, the Armenian Defense Ministry issued an official statement stating that there was no shooting and no soldiers were injured at the border.

A few minutes after this statement, at 18:49, the Armenian Defense Ministry announced that "indeed" there was a shootout in this direction, but Boyuk Garagoyunlu (Armenians changed it to Norabak - ed.).

At 20:53, the Armenian Interior Ministry announced that a soldier named Suran Safaryan, born in 2002 had died as a result of the shooting.

What is the surprising point of this information?

It is an incomprehensible, inconsistent, confusing situation. According to the official statement of the Armenian Interior Ministry, if the shooting started at 18:10, why was the shooting denied at 18:24?

The case has a more embarrassing side as well. At the moment, the head of the Shishkaya (Gegamasar) community in Armenia, Akop Vetyan, told the Armenian media that not only one Armenian soldier was killed, but also wounded. But he said he did not know how many were injured.

It is not clear what happened on the border, but what is clear is that there is a practical arbitrariness in Armenia. Even Armenia is not aware of the self-denial of the information spread by the Interior Ministry.

The Azerbaijani Interior Ministry denied the shooting and said that there was no shooting and that our army did not injure any Armenian soldiers.

It turns out that the shooting took place among the Armenian soldiers. Although the Armenian Interior Ministry tried to hide it, it was not possible to cover up the incident due to the death. He saw the wayout in confirming the news about the shooting of the Azerbaijani soldier, which was spread and denied in the Telegram channels. Instead, the world became confused and contradictory "official information" was lined up.