Protests against the "green passport" began in Tbilisi 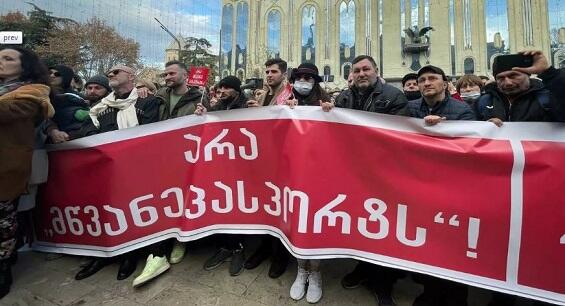 Hundreds of people have protested in the Georgian capital, Tbilisi, against the government's "green passport" system.

Axar.az reports that the protesters called the new system discrimination and coercion in vaccination.

The protesters said they would continue protesting until the government canceled their passports.

It should be noted that Georgia has been applying for a "green passport" in the country since December 1. Public places, restaurants, entertainment centers, and shopping centers are open only to those who have a "green passport".