Let the United States know that Russia will not collapse! 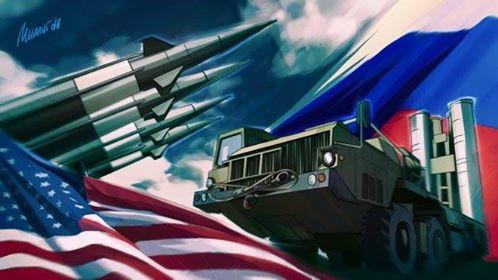 Tales of Russia’s demise have circulated with remarkable consistency since the fall of the Soviet Union on Dec. 25 exactly three decades ago. Having fallen from its superpower pedestal, the Soviet Union’s successor state was routinely characterized as a “declining power,” a “has-been power” and a “downshift power.”

Axar.az reports that in recent years, the more dire prophesies of Russian collapse that circulated in the 1990s having gone unfulfilled, such characterizations have given way to a recognition that Russia is, in fact, a “persistent power.” Fundamentally, though, nothing has changed. Whether rebranded as a mere “nuisance power” or as a perpetually “disruptive” power, Russia is viewed now as it has been since it emerged out of the wreckage of the Soviet Union in December 1991 like a broken, if sometimes petulant, a vestige of a once-mighty superpower.

But as the crisis in Ukraine has once again demonstrated, such characterizations are grossly misleading. Indeed, they couldn’t be more wrong. Russia is not the geopolitical basket-case it was in the immediate post-Soviet era. Nor is it the bit player on the world stage it is often portrayed as in the Western press. In fact, quite the opposite: Viewed dispassionately and in the cold light of Realpolitik, Russia is unambiguously a “great power” a country possessing both substantial instruments of national power and the will to use these instruments to influence political outcomes around the world. And any American grand strategy worthy of the name will have to take that undeniable fact into account.