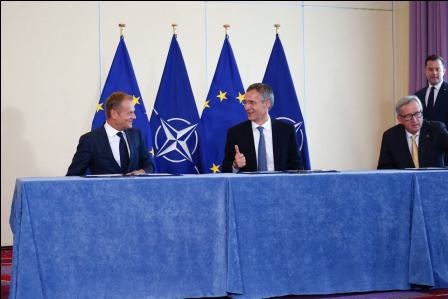 “We will also step up our response to threats from the south. Boost our support for partners. Increase our resilience against hybrid and cyber threats,” said Stoltenberg earlier. “And take our cooperation with the European Union to an ambitious new level.”

The two-day NATO summit in Warsaw will last until July 9.