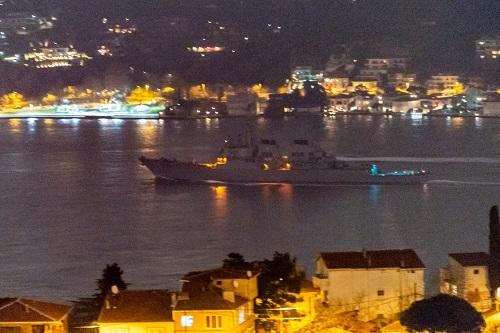 Latvia’s National Armed Forces claimed on Sunday that they have spotted a Russian warship near the border.

"In the Latvian exclusive economic zone, 14 nautical miles from the territorial waters on May 19 the naval forces identified corvette Uragan of the Karakurt class with number 567 of the Russian Armed Forces," the statement said on Twitter.

The Latvian authorities frequently claim that they ‘spot’ Russian warships off the Baltic state’s coasts and aircraft near Latvia’s airspace. As the Latvian Defense Ministry has alleged, Russian military planes and warships approached Latvia’s borders 209 times in 2016, over 270 times in 2015 and more than 250 times in 2014.

Russia has repeatedly stated that all flights by its military aircraft and the movements of its warships are performed in strict compliance with international law.