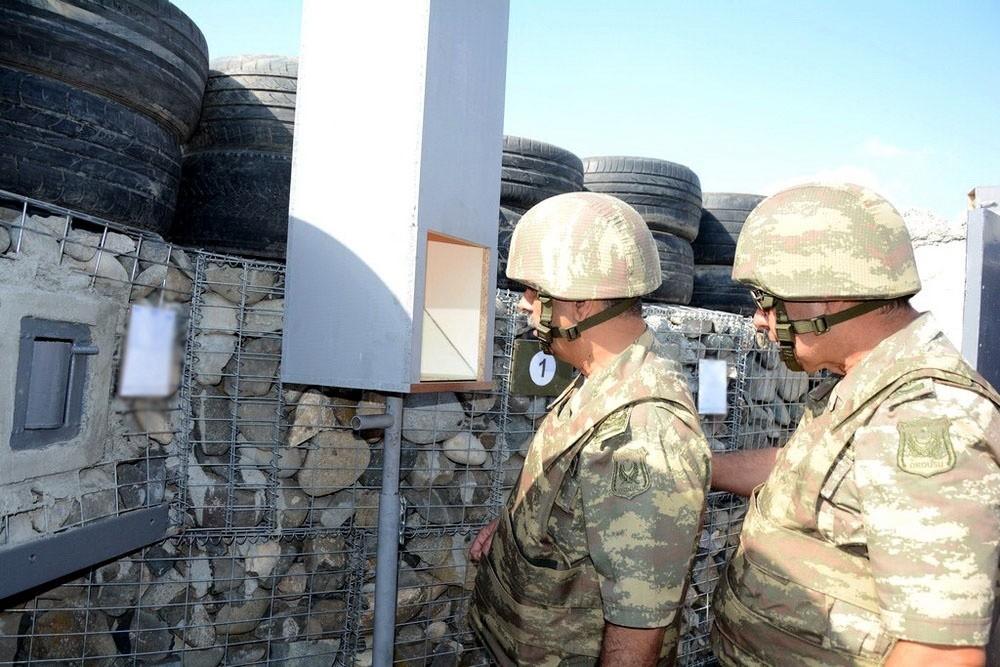 At the instruction of the President of the Republic of Azerbaijan, the Supreme Commander-in-Chief of the Armed Forces, Ilham Aliyev, the Minister of Defense met with Colonel-General Zakir Hasanov and other senior officials of the Ministry.

After listening to reports on operational conditions, the Minister of Defense observed the enemy positions facing him and gave relevant instructions to ensure that the units were always ready for battle.

The Minister also familiarized himself with the front line servicemen, congratulated the staff on the Eid al-Adha holiday and said that the measures taken to improve their social and living conditions were continued with the attention and care of our state.

At the end, the Minister of Defense had a private conversation with a tea party.