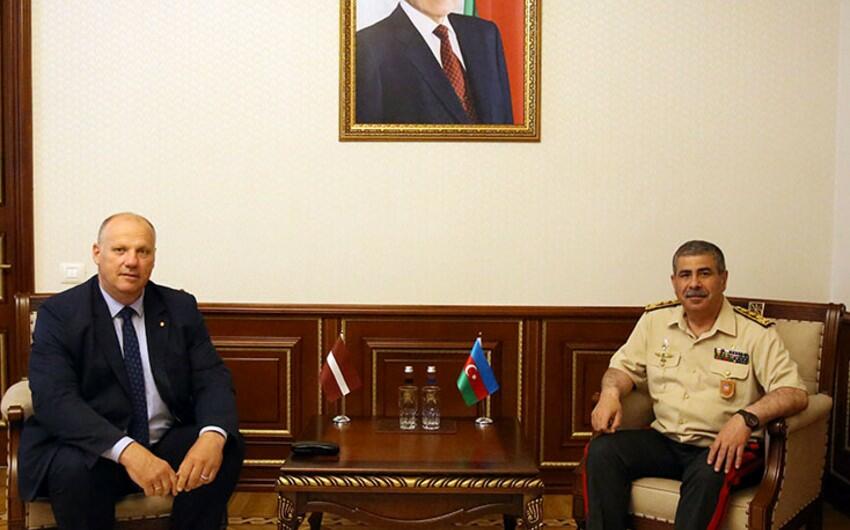 On June 17, the Minister of Defense of the Republic of Azerbaijan, Colonel-General Zakir Hasanov, met with Raymonds Bergmanis, a member of the Latvian delegation to the NATO Parliamentary Assembly.

Axar.az reports that during the meeting, the Defense Minister said that the Azerbaijani-Latvian military cooperation was successfully implemented both within the framework of various NATO programs and on a bilateral basis.

In turn, Bergmanis noted that relations between the two countries are based on friendly relations, emphasizing that Latvia is an important partner of Azerbaijan in European security organizations, especially within NATO.