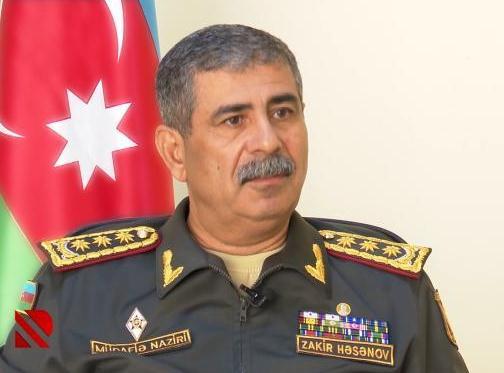 In the Azerbaijan-Turkey joint exercise, all types of troops performed their duties at a high level.

Axar.az reports that this was said by the Minister of Defense of Azerbaijan, Colonel-General Zakir Hasanov, at the awarding ceremony of personnel on the "High-Level Observer Day" of the Azerbaijan-Turkey joint exercise held on December 6.

The Minister noted that he was happy to see Turkish military personnel in Azerbaijan.

At the same time, Z. Hasanov said that after the 44-day war, on the instructions of the President, the Supreme Commander-in-Chief Mr. Ilham Aliyev, reforms are being carried out in the Azerbaijan Army in line with the Turkish Armed Forces: