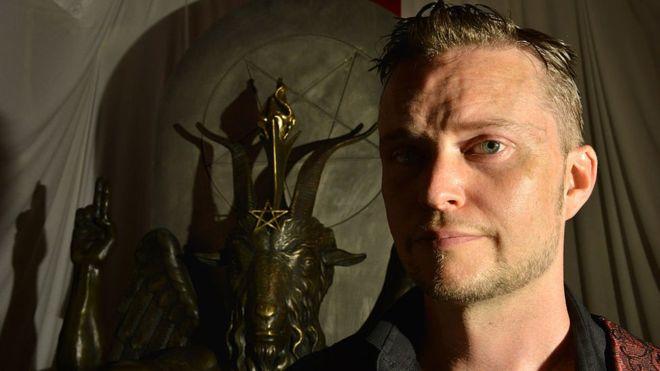 The Satanic Temple activist group is suing the makers of TV series The Chilling Adventures of Sabrina for $50 million (£38m) over a statue.

Axar.az reports citing Western media that Netflix and Warner Bros allegedly copied the group's statue of the goat deity Baphomet in the programme.

Both production companies have declined to comment on the lawsuit.

Satanic Temple does not believe in a supernatural Satan, but instead seeks "to encourage benevolence and empathy among all people".

Their lawsuit, filed on Thursday in New York, claims an icon similar to their own appears in four episodes of the series.

Lucien Greaves, co-founder of the Satanic Temple, posted a tweet comparing their statue with that in the show.