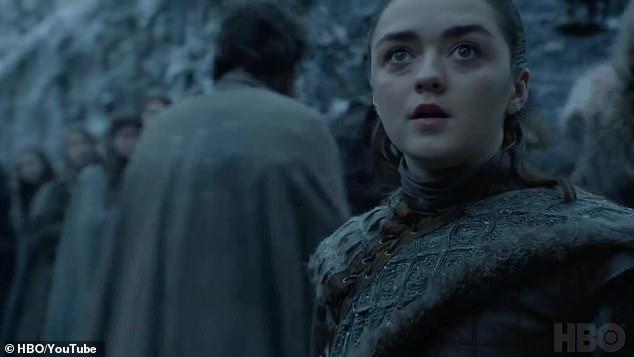 HBO debuted a new trailer teasing all of their new and returning shows that will be featured in 2019, which includes new footage of Game of Thrones' final season.

Axar.az reports citing Daily Mail that, while there is only seven seconds of new footage from Game of Thrones Season 8, it offers a new glimpse at Arya Stark (Maisie Williams) and one of Daenerys Targaryen's (Emilia Clarke) two remaining dragons.

The footage begins with a group of Unsullied warriors marching through The North (presumably in or near Winterfell) when the dragon flies in overhead.

Arya Stark is seen looking to the skies in awe, presumably at the dragon, as she starts smiling at what she sees.

There are also a number of random townsfolk seen rushing away in the other direction.

At the end of the trailer, there are also a few select scenes from the Game of Thrones Season 7 finale as well.

The trailer ends with one of the final shots of Season 7, with The Wall at Eastwatch crumbling to the ground, allowing The Night King's undead army to enter Westeros.

Over the footage is a title card that reads, 'It all starts here' as The Wall continues to fall, setting the stage for an epic final season.