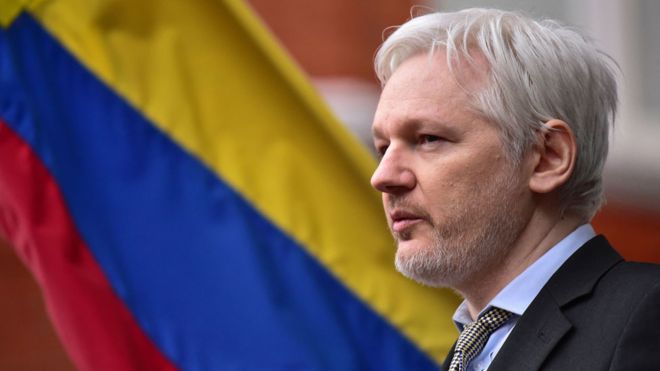 Wikileaks founder Julian Assange was sentenced by a London court on Wednesday to 50 weeks in jail for skipping bail.

Axar.az reports citing Reuters that, Assange broke bail to enter the Ecuadorean embassy almost seven years ago. He was dragged out of the embassy last month and charged by the United States for one of the biggest ever leaks of classified information.

Judge Deborah Taylor said Assange had exploited his privileged position to flout the law and express his disdain for British justice.