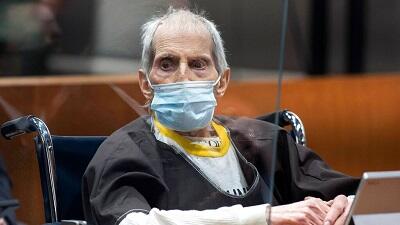 Millionaire convicted murderer Robert Durst has died in prison at the age of 78, according to his lawyer.

Axar.az reports that Durst died as a California prisoner after pleading guilty in September to killing his friend Susan Berman.

He murdered her to stop her talking to police about his wife's disappearance. Police believe he killed two others.

The US real estate heir turned fugitive unwittingly confessed in an HBO crime documentary series about himself.

Durst's lawyer, Chip Lewis, confirmed that he died at the San Joaquin General Hospital while in the custody of the California Department of Corrections.

He said that his death was due to "natural causes" and that he had been suffering from numerous medical issues.