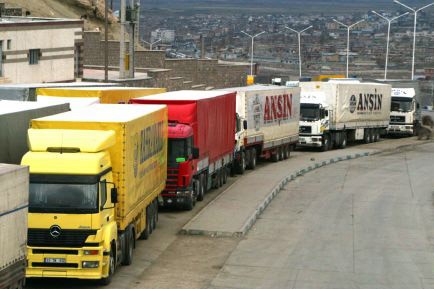 Over 1,500 trucks were sent to Central Asia from Turkey through Azerbaijan in January-February 2016, or more than seven times higher than in the same period of 2015, Azerbaijan’s Deputy Economy Minister Sahil Babayev said.

He made the remarks during the meeting of the Coordinating Council for Transit Cargo Transportation March 9.