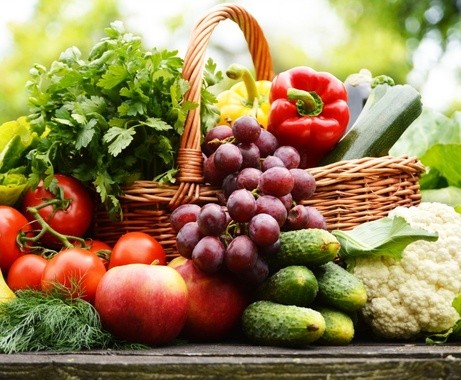 Azerbaijan has entered the top 3 suppliers of agricultural products to Russia among the CIS countries.
The country increased the supply of agrarian goods to Russia by four times after Moscow imposed anti-Turkish sanctions, Russian media reported on April 22.

The relations between Russia and Turkey have deteriorated consdierably last November over the Su-24 incident, which took a life of a Russian soldier.

Following the jet crisis in December 2015, Russian President Vladimir Putin signed a decree on measures to ensure national security and on special economic measures with regard to Turkey.

The sanctions include a ban on Russian firms importing a range of Turkish foodstuffs, as well as canceling a visa-free regime and restricting Turkish companies from working in certain business sectors in Russia, including tourism.

Since January 1, 2016, Russia banned the import of definite types of fruits and vegetables from Turkey, including citrus fruits, grapes, apples, pears, apricots, peaches, as well asnectarines, plums and sloes, wild strawberries and strawberries, tomatoes, onions and shallots, cauliflower, broccoli, cucumbers and gherkins. The carcass and offal of chickens and turkeys, salt and cloves are also under embargo.

Thus, since the beginning of the year, some 17 categories of Turkish products have fallen under a ban for import to Russia.

After Russia imposed economic sanctions against Turkey, the CIS countries have significantly increased their export of agricultural products to Russia. For instance, the supplies from Uzbekistan have boosted by 11 times.

"The growth of imports from the CIS countries is related to the fact that prior to the imposition of sanctions, these countries have developed a program for the development of vegetable production in the open and closed ground, which were planned to be exported to Russia," the General Director of the Institute of Agricultural Marketing, Elena Turina believes.

Economists believe that this is a great chance for Azerbaijan, which considers the agrarian sector as of significant importance.

Azerbaijan, being engaged in increasing export potential, is keen to reduce its dependence on petrodollars. In this regard, the country considers the agricultural sector as a tool to diversify the national economy.

The state focus on the agrarian sector was recently voiced by President Aliyev, who chaired the meeting of the Cabinet of Ministers on the results of socio-economic development in the first quarter of 2016 and the future tasks.

Speaking at the meeting, the head of state pointed to the necessity of developing the agricultural sector.

He stressed that Azerbaijan should achieve rapid development in cotton breeding, sericulture, tobacco cultivation and tea growing, as well as viticulture.

With its advantageous geographic location, Azerbaijan has all possibilities to increase export of high quality agro products, which are in great demand in neighboring countries.

Experts believe that with the further development of production of high quality agricultural goods, Azerbaijan will be able not only increase the supply to neighboring countries, but also enter markets in Eastern Europe.