Russia in talks on Turkish Stream 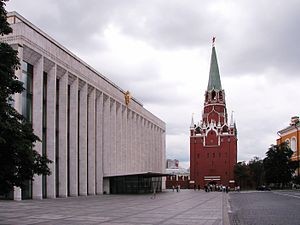 Russia is in talks on the Turkish Stream and other gas pipeline projects with European partners, keeping in mind the feasibility and mutual political trust in its decision-making, Kremlin spokesman Dmitry Peskov told reporters July 27, Sputnik reported.

Earlier, Turkey’s Economy Minister Nihat Zeybekci said that there are political decisions on the construction of the Turkish Stream gas pipeline and Akkuyu Nuclear Power Plant and it is expected that Russian and Turkish leaders will give an impetus to the two projects’ implementation during their meeting on August 9.

“Work is underway in different areas. And you know that alternative routes are worked on and being discussed with our European partners,” said Peskov answering a question on the possible revival of the Turkish Stream gas pipeline project.

He stressed that an environment of political trust served as the best guarantee for Russia in selecting energy routes into Europe.

“It is a matter of viability, an issue of commercial terms and a political climate of trust, which in fact is probably the best guarantee for creating attracting economic conditions,” noted the spokesman. “Therefore, the issue is complex, but of course no one is moving away from discussions of this project, and everyone is interested in discussing its feasibility.”

Russia suspended the South Stream project, designed to supply Russian gas to Europe bypassing Ukraine, in December 2014. Russia said "the EU's non-constructive position" was the reason for the project's suspension.

Then it was decided to build the Turkish Stream through the territory of Turkey, instead of the South Stream. But the project came under threat in late 2015 due to sharp deterioration of relations between Moscow and Ankara when Turkey shot down a Russian Su-24 bomber with two pilots on board.

On June 27, Turkey’s President Recep Tayyip Erdogan sent a letter of condolences to Putin over the death of Russian Su-24 pilot and expressed regret over the incident.

Earlier, Turkish Prime Minister Binali Yildirim, commenting on the improvement of relations between Turkey and Russia, thanked Azerbaijan for its contribution to normalization of the relations.