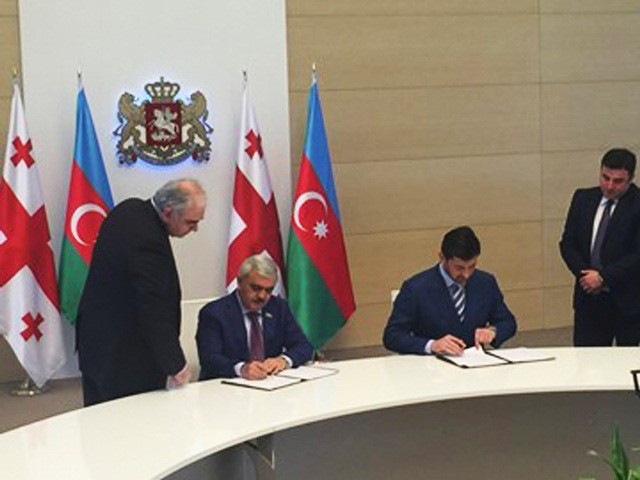 The service center was opened in the Vake district – center of Tbilisi. The modern interior design is intended to create the most comfortable environment for high-quality services to individuals and legal entities.

Thirty five people are employed at the service center.

SOCAR Georgia Petroleum has 19 service centers throughout Georgia, five of which are in Tbilisi, seven - in Eastern and Western Georgia.

In 2015, the service centers sold over 104 million liters at retail.

The head office of the service centers was commissioned in 2015.

Abdullayev met with Georgia’s Prime Minister Giorgi Kvirikashvili during his visit to Georgia and discussed the issues of mutual interest and the prospects of bilateral cooperation.

A ceremony of signing documents by SOCAR president and Georgia’s officials was held. After the signing ceremony Rovnag Abdullayev and Georgia’s Energy Minister Kakha Kaladze held a press conference.