Reading this may save your life: Ways to avoid cancer 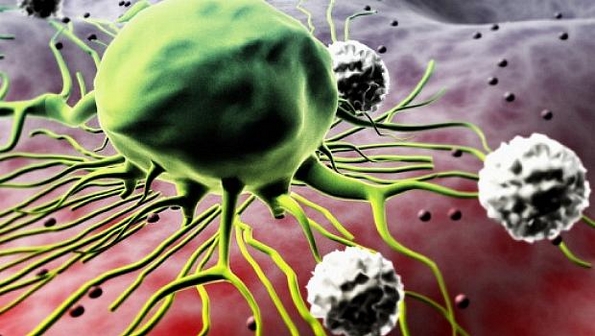 A new study by the American Cancer Society has found that 40% of all cancer cases are associated with bad habits and poor lifestyle choices, and are thus preventable.

Axar.az reports citing Sputnik that, the research, published in CA: Cancer Journal for Clinicians under lead author Dr. Farhad Islami, finds, perhaps unsurprisingly, that the highest risk of cancer, in the United States at least, is associated with smoking and secondhand smoke, which accounts for 19% of all cancer diagnoses and a whopping 29% of all cancer-related deaths.

Excess body weight is another major factor, accounting for 7% of cancer cases and 6% of all deaths, according to the study. Alcohol use, exposure to ultraviolet radiation, physical inactivity, consumption of red and processed meats, and low consumption of fruits and vegetables, fiber and calcium are also listed as "major, potentially modifiable exposures." Taken together, alcohol consumption, excess body weight, poor diet and physical inactivity account for roughly 18% of all cancer cases and 16% of deaths.

The study, based on data from 2014 from the Centers for Disease Control and the National Cancer Institute, is the most detailed research yet into the relationship between bad habits and lifestyle choices and 26 kinds of cancer in adults ages 30 and above.

The study's authors conclude that avoiding bad habits, maintaining a balanced diet, being physically active and conducting regular self-examination to check for tumors significantly reduces the risk of cancer. Therefore, they say, more attention should be focused on raising awareness, as well as various government strategies, such as putting heavier taxes on cigarettes to reduce smoking rates.

Although cancer-related deaths have been on decline in the United States over the past quarter century, the disease remains a major burden on the healthcare system. The American Cancer Society expects over 1.6 million cancer diagnoses and 600,000 cancer-related deaths in 2017, over 155,000 of the latter from lung and bronchus cancers alone. Worldwide, over 12.7 million people are diagnosed with cancer, and 7.6 million die from the disease each year.