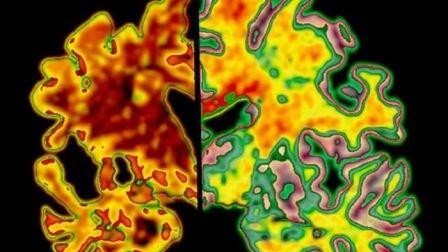 Scientists believe injections of a natural protein may lessen the symptoms and progress of Alzheimer`s dementia after promising early trials in mice.

The treatment - IL 33 - appeared to improve memory and help clear and prevent brain deposits similar to those seen in people with Alzheimer`s.

Tentative human studies of the treatment will soon begin, but experts say it will take many years to know if it could help patients in real life.

The work is published in PNAS journal.

Interleukin 33, or IL 33 for short, is made by the body as part of its immune defence against infection and disease, particularly within the brain and spinal cord.

And patients with Alzheimer`s have been found to have lower amounts of IL 33 in their brains than healthy adults.

The researchers from the University of Glasgow and the Hong Kong University of Science and Technology tested what effect a boost of IL 33 might have on mice bred to have brain changes akin to Alzheimer`s.

The rodents rapidly improved their memory and cognitive function to that of the age-matched normal mice within a week of having the injections.

Prof Eddy Liew, who led the work at the University of Glasgow, is excited but cautious about his findings.

"Exciting as it is, there is some distance between laboratory findings and clinical applications. There have been enough false `breakthroughs` in the medical field to caution us not to hold our breath until rigorous clinical trials have been done."

Dr Simon Ridley, Director of Research, Alzheimer`s Research UK, said: "The role of the immune system in Alzheimer`s disease and other causes of dementia is a promising area of focus for drug discovery efforts.

"This early research in mice highlights a way of boosting the immune system to clear a toxic Alzheimer`s protein, but we`ll need to see the results of clinical trials before we`ll know whether this approach could one day help people living with the disease."