Woman says elderly mother with Alzheimer's was left outside - Video 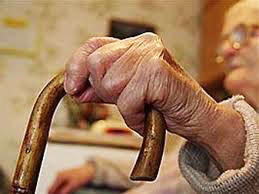 A California woman is outraged after a video showed her mother, who has Alzheimer's disease, left alone outside a locked assisted living facility in the middle of the night.

Long Beach resident Costanza Genoese Zerbi said her mother, Savina Genoese Zerbi, 84, was taken from the Regency Palms assisted living facility to the emergency room at the College Medical Center on January 12 after she made suicidal comments.

Hours after Zerbi arrived at the ER, her daughter said, the hospital put her in a cab back to the Regency Palms, where she arrived about 2:15 a.m. on January 13.

"I was horrified by this," said Constanza Zerbi. "Putting my mother in a cab is no different from a hospital putting a minor child in a cab."

"She is delusional, has hallucinations (and) is confused about facts. She has the mental capacity of a toddler," Zerbi said of her mother's mental state.

Security video shows the elderly woman wearing a bathrobe and sandals and carrying a large envelope. She tries to open the front door, then pounds on it several times before she walks away.

Another security video shows her pacing up and down a dark alley before returning to the door. Her daughter said she was eventually let into the assisted care facility around 3 a.m. It's unclear who let her in.