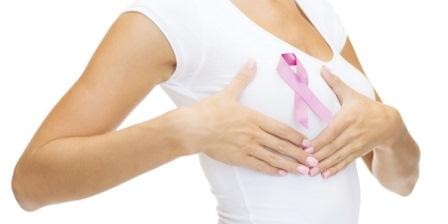 Scientists say they now have a near-perfect picture of the genetic events that cause breast cancer.

The study, published in Nature, has been described as a "milestone" moment that could help unlock new ways of treating and preventing the disease.

The largest study of its kind unpicked practically all the errors that cause healthy breast tissue to go rogue.

Cancer Research UK said the findings were an important stepping-stone to new drugs for treating cancer.

To understand the causes of the disease, scientists have to understand what goes wrong in our DNA that makes healthy tissue turn cancerous.

The international team looked at all 3 billion letters of people`s genetic code - their entire blueprint of life - in 560 breast cancers.

They uncovered 93 sets of instructions, or genes, that if mutated, can cause tumours. Some have been discovered before, but scientists expect this to be the definitive list, barring a few rare mutations.

Prof Sir Mike Stratton, the director of the Sanger Institute in Cambridge which led the study, said it was a "milestone" in cancer research.

He told the BBC: "There are about 20,000 genes in the human genome. It turns out, now we have this complete view of breast cancer - there are 93 of those [genes] that if mutated will convert a normal breast cell into a breast cancer cell. That is an important piece of information.

"We hand that list over to the universities, the pharmaceuticals, the biotech companies to start developing new drugs because those mutated genes and their proteins are targets for new therapeutics.

"There are now many drugs that have been developed over the last 15 years against such targets which we know work."

Targeted drugs such as Herceptin are already being used by patients with specific mutations.

Prof Stratton expects new drugs will still take at least a decade to reach patients and warns: "Cancers are devious beasts and they work out ways of developing resistance to new therapeutics so overall I`m optimistic, but it`s a tempered optimism."

There is also bad news in the data - 60% of the mutations driving cancer are found in just 10 genes.

At the other end of the spectrum, there are mutations so rare they are in just a tiny fraction of cancers meaning it is unlikely there will be any financial incentive to develop therapies.

Mutations leave unique scars - known as mutational signatures - on our DNA and that allowed the team to identify 12 types of damage that cause mutations in the breast.

Some are related to family risk, but most are still unexplained.

One class of mutation seems to stem from the body attacking viruses by mutating their genetic code, but also suffering collateral damage in the process.

Whether any of these processes can be altered is still unknown in this nascent field, but researchers hope the findings could eventually lead to ways of reducing the risk of cancers.

Dr Serena Nik-Zainal, another researcher at the Sanger Institute, added: "In the future, we`d like to be able to profile individual cancer genomes so that we can identify the treatment most likely to be successful for a woman or man diagnosed with breast cancer.

"It is a step closer to personalised health care for cancer."

Dr Emma Smith, from Cancer Research UK, said: "This study brings us closer to getting a complete picture of the genetic changes at the heart of breast cancer and throws up intriguing clues about the key biological processes that go wrong in cells and drive the disease.

"Understanding these underlying processes has already led to more effective treatments for patients, so genetic studies on this scale could be an important stepping stone towards developing new drugs and boosting the number of people who survive cancer."