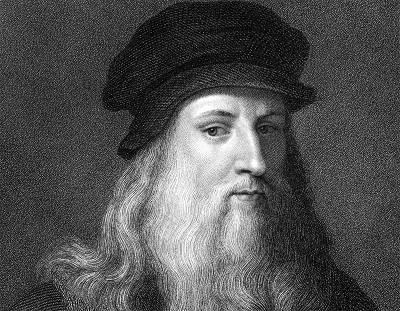 Leonardo da Vinci could have experienced nerve damage in a fall, impeding his ability to paint in later life, Italian doctors suggest.

They diagnosed ulnar palsy, or "claw hand", by analysing the depiction of his right hand in two artworks.

It had been suggested that Leonardo's hand impairment was caused by a stroke.

But in the Journal of the Royal Society of Medicine, the doctors suggest it was nerve damage that meant he could no longer hold a palette and brush.

Leonardo da Vinci, who lived from 1452-1519, was an artist and inventor whose talents included architecture, anatomy, engineering and sculpture, as well as painting.

But art historians have debated which hand he used to draw and paint with.

Analysis of his drawing shows shading sloping from the upper left to lower right, suggesting left-handedness. But all historical biographical documents suggest Leonardo used his right hand when he was creating other kinds of works.