Panic attacks or nervous syndrome of our time 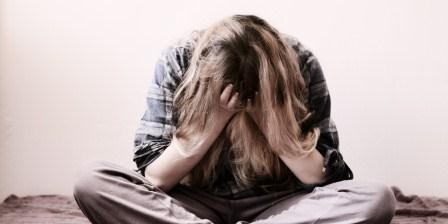 An obsessive idea was spinning in her head, repeating that “I'm dying, what’s wrong with me.."

Her heart was beating, everything went black, no enough air. She desperately wanted to run and hide. And only a few minutes later fear went away, and the world took on the familiar shape, leaving her devastated and exhausted.

A thirty-five-year-old housewife who agreed to share her feelings with AzerNews suddenly experienced such horror several years ago, while walking on the street.

These attacks continued periodically, and even after extensive medical examinations, which did not show any serious problem, she could not get rid of that fear, which haunted her everywhere, making her feel uncomfortable in public places.

Feeding off of this condition, she turn to psychiatrist, who said the diagnosis for the case that tormented her during this time -- “panic attacks".

Symptoms of a panic attack are familiar to about 2 percent of people worldwide. Women, because of their biological and mental characteristics are more at risk of experiencing a panic attack - they suffer it three times more often than men.

In many cases, panic attacks strike out of the blue, without any warning. Often, there is no clear reason for the attack. They may even occur when you’re relaxed or asleep. Very often panic attacks may occur as part of disorders, such as panic disorder, social phobia, or depression.

Fuad Ismayilov, the director of the Mental Health Center of the Health Ministry said such persons usually experience emotional stress, in expectation of something bad. In addition, these people experience dyspnea, increased sweating and quick heartbeat.

During a few minutes they think they cannot breathe and feel that they are dying or going crazy.

Most of the symptoms of a panic attack are physical, and many times these symptoms are so severe that people think they’re having a heart attack.

In fact, those suffering from panic attacks turn to doctors in an attempt to get treatment for what they believe is a life-threatening medical problem, Ismayilov explains.

People suffering from such disorders, often prefer to stay home, avoid large gatherings of people such as shopping and entertainment centers, stations and airports.

However, panic attacks can be cured and the sooner one seeks help, the better. With treatment, one can reduce or eliminate the symptoms of panic and regain control of his/her life.

In recent years the number of people suffering from nervous breakdown and panic attacks have increased in Azerbaijan, the expert said, adding if 10 years ago only 3-4 patients asked for help, then now every week one person turn to him.

Work pressures, worries and a host of modern stresses mean more and more of people feel they are on the verge of a nervous breakdown.

Nervous breakdown is one of these protective responses when human psyche begins to reside in a special "boundary" condition. The individual simply loses the self sense his/her emotions, and hit rock bottom.

The specialist said that the growing tendency of people suffering from mental disorders is experiencing throughout the world.

“The reason of increase is not attributed to specific factors. Today, the information flow is increasing worldwide and one’s brain receives many information from outside. It seems our brain is unable to save all the information. And because of the large amount of information the human brain “freezes” like a computer.

A few years ago, according to the expert, this trend was not observed among young people, mostly revealing in people aged between 50 and 60.

The expert also touched upon the myth, that mental patients can be dangerous for the society, saying that according to many researches such people represent no danger, they just need help.