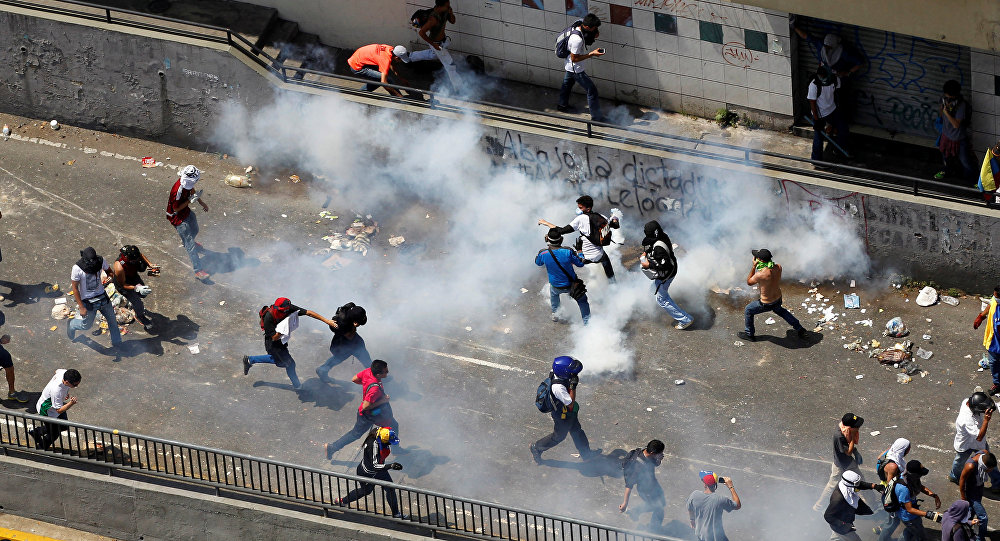 According to Nacional newspaper, most of the injured suffered from tear gas, used by police, while one man got head injury.

The police detained at least 18 people during the demonstrations.

Venezuela has seen a series of protests in recent days after the country’s Supreme Court attempted to take on the functions of the country's National Assembly controlled by the opposition. Despite the fact that the court's ruling has been canceled, serious tensions remain.