US soldier killed in mission against al-Shabab 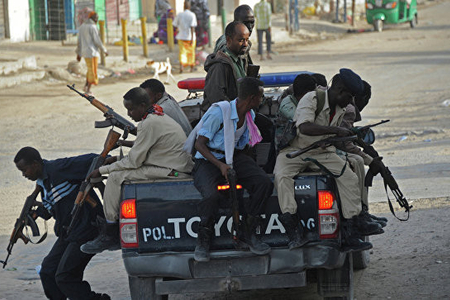 A US soldier has been killed in Somalia during operations against al-Shabab militants, the American military says.

Axar.az reports citing to BBC two other US servicemen were injured in Thursday's incident, about 40 miles (64km) west of the capital Mogadishu, near the town of Barii.

American forces were on an "advise and assist" mission with the Somali National Army, the US military said.
President Donald Trump has expanded military action against the al-Qaeda affiliate in the Horn of Africa nation.

"On 4 May, one US service member was killed during an operation against al-Shabab near Barii," US Africa Command said in a statement on Friday.