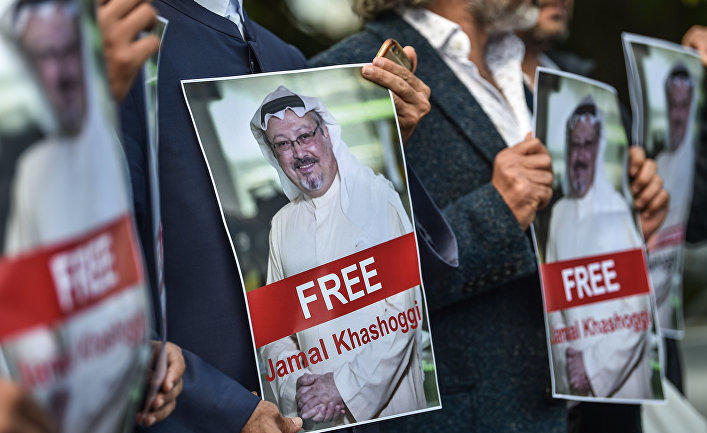 Turkey has arrested two men suspected of spying for the United Arab Emirates and is investigating whether the suspects were linked to the murder of Saudi journalist Jamal Khashoggi, according to media reports.

The state-run Anadolu Agency, citing judicial sources on Friday, described the two men as "intelligence operatives" working on behalf of the UAE, and said they were "referred to a court on charges of political and military espionage".

The agency also released apparent surveillance images of the pair in the streets, as well as photographs of the two men taken following their arrest on Monday.

Reuters, citing a senior Turkish official, said one of the two men had arrived in Turkey in October 2018, days after Khashoggi was murdered inside Saudi Arabia's consulate in Istanbul.

The other had arrived later to help his colleague with the workload, the unnamed official told the news agency.

"We are investigating whether the primary individual's arrival in Turkey was related to the Jamal Khashoggi murder," the Turkish official told Reuters, adding: "It is possible that there was an attempt to collect information about Arabs, including political dissidents, living in Turkey."

The men admitted they had recruited and paid informants, the official added.

Turkish officials also seized an encrypted computer at what the official told Reuters was the spy ring's base in Istanbul.

The pro-government Sabah newspaper said the pair had contacted a number of people in Istanbul, Ankara, Izmir and Diyarbakir, adding that one suspect had been in telephone contact with a person connected to the Khashoggi case.

A spokesperson for Turkey's interior ministry declined to comment on the arrests.

Al Jazeera's Natasha Ghoneim, reporting from Istanbul, said the two men were not citizens of the UAE.

"Sources tell Al Jazeera the men, who were under surveillance for six months, contacted Turkish analysts and also inquired about Qatar's investment in Turkey."

Doha and Ankara are close allies, while the UAE is part of a quartet of Arab nations that imposed a blockade on Qatar last year.

The UAE is a close ally of Saudi Arabia, which has indicted 11 people over Khashoggi's killing and is seeking the death penalty against five of them.

After first denying the murder, Riyadh eventually said Khashoggi died in a botched operation to return him to Saudi Arabia.

Turkey has been at the forefront of efforts to clear up the Khashoggi case, but has expressed frustration at an alleged lack of cooperation by Saudi officials.