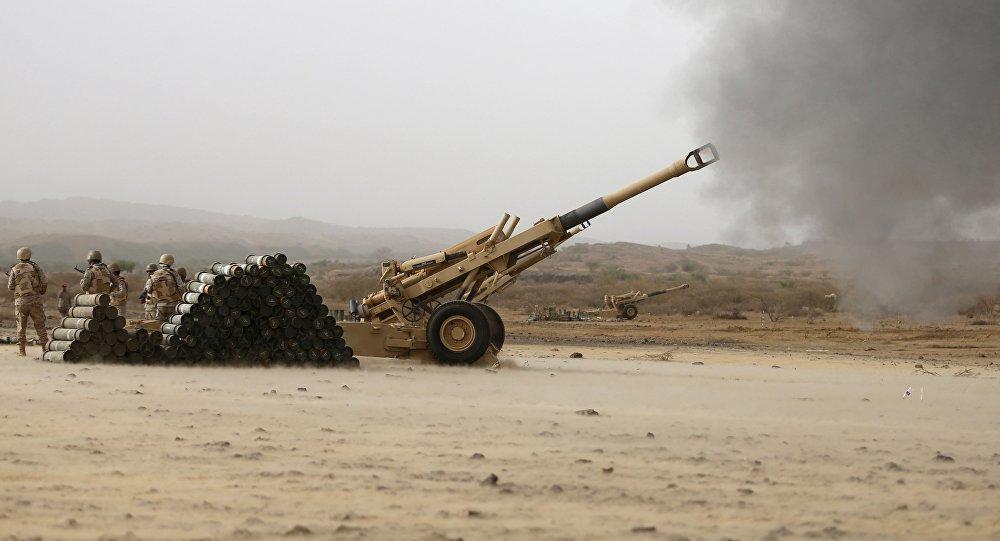 The attack targeted the ministry's headquarters during a meeting attended by minister Mohammed al-Maqdashi and other military commanders of the Saudi-led coalition, the source said on condition of anonymity due to restrictions on speaking to the media.

Two soldiers were killed in the attack.

There was no comment from the Shia Houthi group on the report.

Houthis remain in control of Sirwah directorate in Maarib province and use the mountainous heights to target government headquarters and residential neighborhoods.

Yemen has been beset by violence and chaos since 2014, when Houthi rebels overran much of the country, including Sanaa. The crisis escalated in 2015 when a Saudi-led military coalition launched a devastating air campaign aimed at rolling back Houthi territorial gains.

Since then, tens of thousands of Yemenis, including numerous civilians, are believed to have been killed in the conflict, while another 14 million are at risk of starvation, according to the UN.