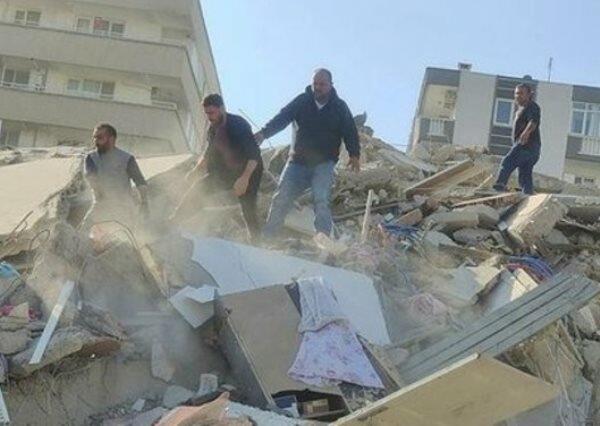 Axar.az informs that the statement came from the Turkish Emergency Management Agency (AFAD).

The quake was felt in Istanbul and Izmir.

There are no reports of casualties or damage.

A building collapsed as a result of a strong earthquake in the Bayrakli district of Izmir, Turkey, and three people were rescued from the rubble.

Four people died and 120 were injured in the disaster.

The death toll from the earthquake in Izmir has reached 6, and the number of injured has reached 202.

Search and rescue operations are underway in the quake zone. So far, 70 people have been rescued from the rubble.

A 5.1-magnitude earthquake was also recorded off the coast of Gusadasi in Aydin province.

No casualties or damage were reported.

The death toll from the Izmir earthquake has risen to 12 and the number of injured to 438.