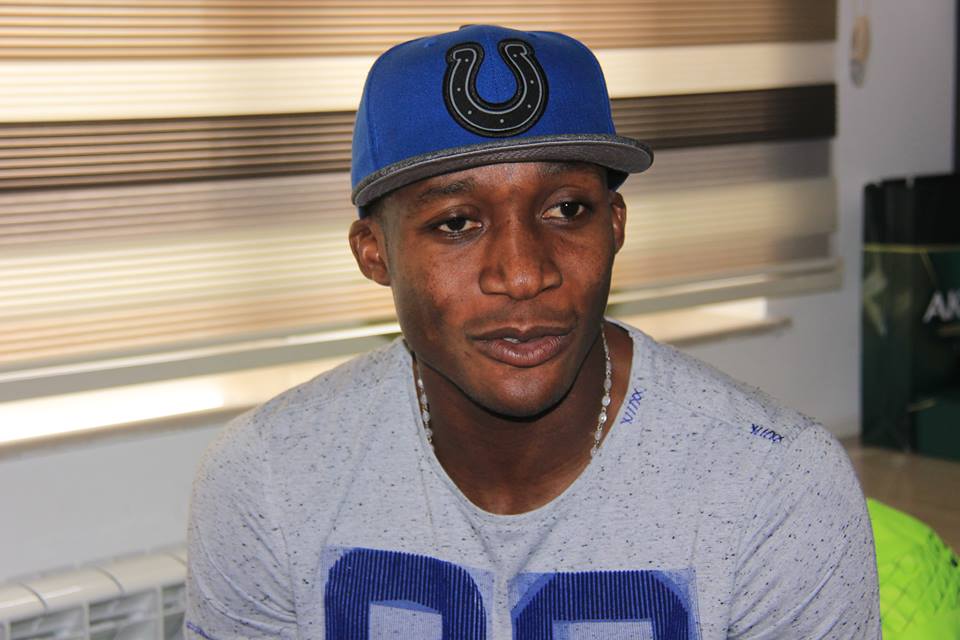 Axar.az presents exclusive interview with midfielder of Zira FC Victor Igbekoyi, who has lived in Azerbaijan for 11 years in different football clubs like Tovuz, Qarabagh, Azal and Zira football clubs.

– When I was a teenager, my father took me to one of the football schools in Nigeria. I was young - 14 years old. I played with players aged 25 - 20. I played really good and everybody was surprised. And after that I have improved myself and became a professional player.

– Who were your idols?

– In football my idols were great African players like Jay-Jay Okocha and others when I was teenager. But among players who are playing now Yaya Toure from Africa, from Europe you know, Cristiano Ronaldo and he is my role model now. Messi is also a good player but we can't say if he is better than Ronaldo or not before seeing him playing in English Premier League.

– You have played for different teams in Topaz Premier League. What are differences between these teams?

– When I came to Azerbaijan, I was really young, 19 years old. Azerbaijan football was so good and fast at these times. I went to Tovuz, it was my fist club in Azerbaijan. In Tovuz, there are a lot of fans, good club, good city. So it was different for me when I came to Azerbaijan first time. It was different from Africa. Then I moved to Qarabagh FC. It was another life, different experience, different football. Because I have been playing in Qarabagh, in the capital, bigger city. I felt so comfortable and life in this club was enjoyable. Their fans are really good. After that I moved to Azal FC. I played 5 years in Azal and you know, I was like king. Some of them even called me "Supermario". All fans and players loved me. After that I moved to Zira FC. Zira is completely different world. We are in 1st league just for 2 years. We are playing good and everything is okay.

– Do you have friends from Azerbaijani players?

– During my eleven years in Azerbaijan I had a lot of friends. I have met my best friend from Azerbaijan eleven years ago. He was so young but he's grown up, just like me now. He's really close to me and calling me every day, asks how am I, we are going out, hanging out together, drink tea or coffee together. His name is Javid. – Have you ever thought about becoming coach after your career as a player?

– (Laughs) Really, I don't know. I am not sure yet. Never thought about.

– When you came to Azerbaijan first, did you have a cultural shock?

– Yes I had. I am here for eleven years and a lot of things have changed since my first arrive. When I came here first I could not adapt. I came from black country and Azerbaijan is a white country and it is not an easy thing to adapt. People helped to adapt. They were always telling don't worry , everything is good, everything will be fine, try to be happy and good. It took me some months to adapt. especially when I came to Azerbaijan I went to a region - Tovuz, did not stay in Baku. 11 years ago, it wasn't comfortable in Tovuz. I am really happy in Azerbaijan now. If I wasn't I could not stay here for 11 years.

– What are your plans after finishing your professional football career?

– After football there are a lot of things to do. I am playing for my life, for my future. I have different options. May be I can start a business. May be I will stay in Baku, may be I will go back to my town. – In your opinion, which teams and clubs are best in the world? And why?

– If you ask my opinion, I support Chelsea. i am a Chelsea fan. People from all over the world support Barcelona and Real Madrid. But I think Barcelona is best team so far. They have high quality players. From national teams I love Germany. And my favorite player is the forward, Miroslav Klose.