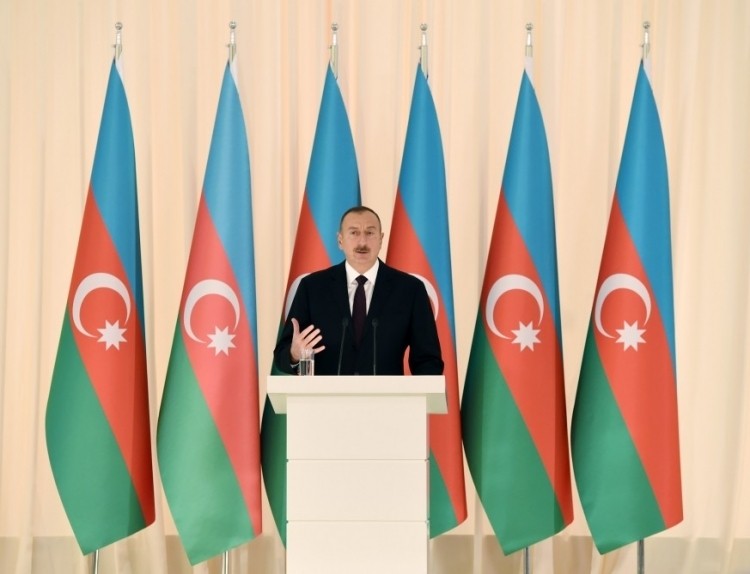 
He made the remarks at an official reception held at the Heydar Aliyev Center Oct. 17 to celebrate the 25th anniversary of the restoration of the state independence of the Republic of Azerbaijan.


“25 years ago, Azerbaijan’s Supreme Council adopted the Constitutional Act on state independence,” the president recalled. “One year before Azerbaijan’s declaration of independence, Heydar Aliyev took a brave step accusing the Soviet leadership of committing the Bloody January massacre and left the ranks of the Communist Party.”


The head of state noted that this was the first step towards independence.


“The national leader, who became Chairman of the Supreme Mejlis of Nakhchivan, removed the words “Soviet Socialist” from the name of the Autonomous Republic,” said President Aliyev. “His efforts resulted in the adoption of our tri-colored flag after he made a petition before the Supreme Soviet of Azerbaijan on its adoption as the flag of the Republic of Azerbaijan.”


“Furthermore, in the early 1991’s, no referendum was held in the Nakhchivan Autonomous Republic when the referendum on preservation of the USSR took place. All this shows that Heydar Aliyev is the founder of Azerbaijan’s independence,” he added.