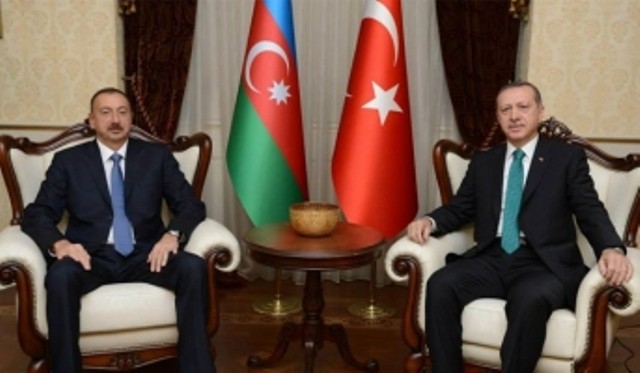 Program of meeting of Azerbaijani President Ilham Aliyev with Turkish President Recep Tayyip Erdoğan and his visit to Turkey has been revealed.

According to the information in official website of the Turkish President, after official welcoming ceremony of the President of Azerbaijan, the leaders will meet face to face.

After the meeting, signing ceremony of the documents and joint press conference of the head of states will be held between the parties.

All of the events will be organized in Turkish Presidency Complex (Cumhurbaşkanlığı Külliyesi).

5th meeting of Turkey-Azerbaijan High Level Strategic Cooperation Council was to be held on February 18, in Baku. However, on the eve President of Turkey postponed his visit to Azerbaijan in connection with the terrorist act committed in Ankara on February 17, killing 28, injuring 61.

The second time, Turkish leader has postponed his visit to Azerbaijan due to huge terror blast in Kizilay Square of Turkish capital, Ankara on March 13, which resulted with killing of 37 and injuring 125.