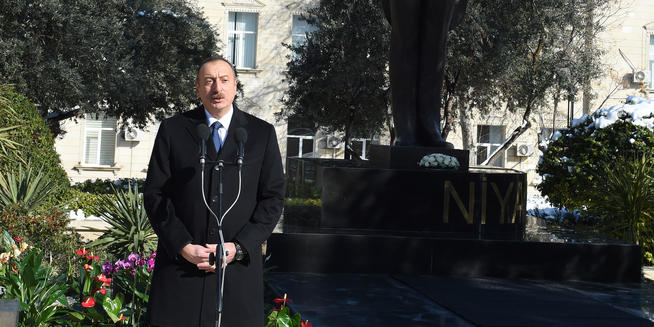 A ceremony to unveil the monument to the prominent conductor of Azerbaijan, maestro Niyazi in the park situated in the Niyazi street of Baku has been held.

Axar.az reports that, President of the Republic of Azerbaijan Ilham Aliyev attended the ceremony.

The head of state made a speech at the ceremony.

The head of state laid flowers at the monument.

President Ilham Aliyev then had a conversation with the cultural and art figures who attended the event.