Guard of honor was arranged for Ilham Aliyev - Photo 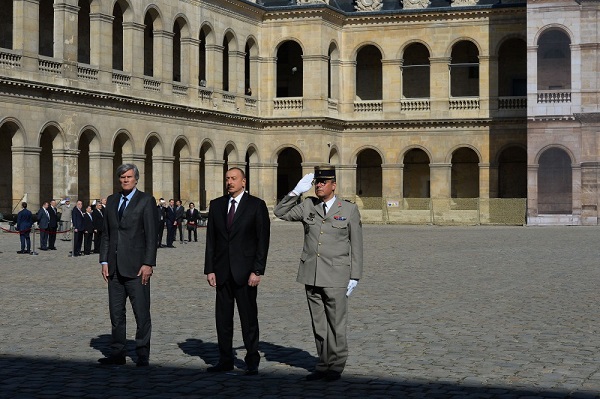 The official welcoming ceremony was held for President Ilham Aliyev in France on 14th of March.

Axar.az reports that Ilham Aliyev has visited Military Museum which is located in Veterans' park of Paris.

Head of the state was welcomed by Agriculture Minister of France, Spokesman of government Stéphane Le Foll.

Guard of honor was ordered and national anthems of Azerbaijan and France were played.