Ilham Aliyev met with US Secretary of State (Video) 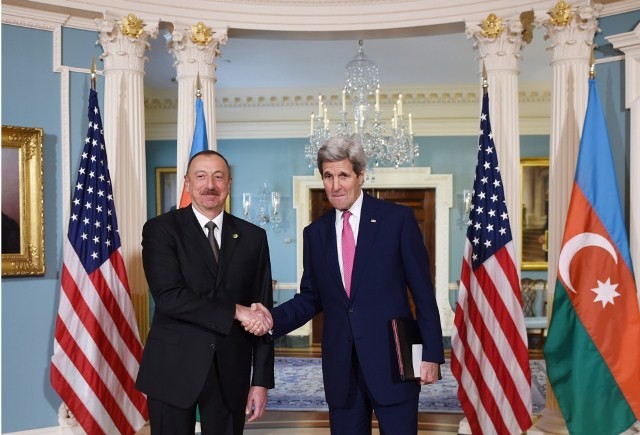 At the meeting Secretary of State John Kerry said the US was interested in developing strong and long-term cooperation with Azerbaijan. He said economic reforms, economic diversification were followed in the USA with interest.

Azerbaijan`s role in ensuring Europe`s energy security was underlined and the USA`s support for Azerbaijan on this front was hailed at the meeting. The importance of the Southern Gas Corridor project was also stressed.
President Ilham Aliyev said Azerbaijan preserved main economic parameters despite the falling oil prices, adding that the country`s economy was in good condition. The head of state said vital measures were taken to strengthen the budget system in Azerbaijan amid the oil price fall.

They said there was mutual interest in US companies` more active presence and investment in Azerbaijan.