"All responsibility rests on Armenia" 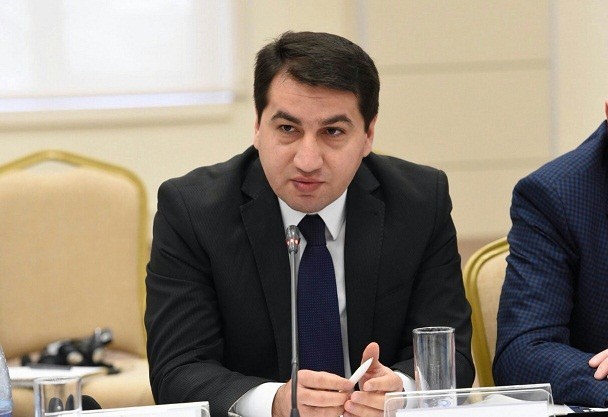 In contrast to the decision of the Armed Forces of the Republic of Azerbaijan on unilateral suspension of counter-attack and response measures against the enemy on April 3 for loyal and peaceable objectives, Armenian armed forces targeting settlements and civilians, intensively fires the positions of Azerbaijani army along the contact line of troops, especially in the directions of Tartar and Aghdere using artillery and other heavy weapons, as well as continue attacks and provocative actions.

It was told by the spokesperson of Azerbaijani Ministry of Foreign Affairs, Hikmet Hajiyev.

'In the case of continuing ceasefire violation by Armenian armed forces targeting settlements and civilians, Armenian Republic bears full responsibility for counter-attack and response measures that must be carried out by the Armed Forces of the Republic of Azerbaijan to ensure safety of the civilians densely settled along the contact line of troops.'