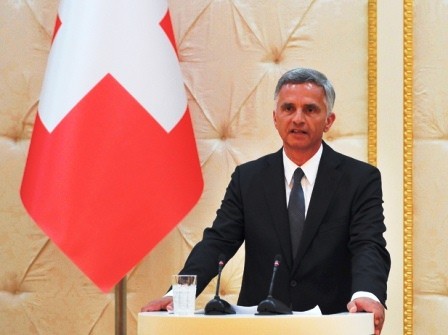 The situation calmed down a little, thanks to Russia's efforts, but, nevertheless, there is a danger of the conflict's escalation, said Burkhalter.

The minister noted that there should be a process of dialogue and negotiation in order to reach a solution on the issues.

This process has not yet been adjusted and it should be dealt with, according to Burkhalter.