Ilham Aliyev met with the co-chairs 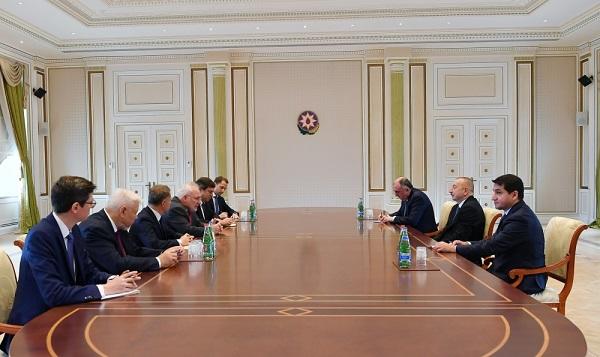 President of the Republic of Azerbaijan Ilham Aliyev has received the OSCE Minsk Group co-chairs Stephane Visconti of France, Igor Popov of Russia, Andrew Schofer of the US, as well as Personal Representative of the OSCE Chairperson-in-Office Andrzej Kasprzyk.

Axar.az reports that they exchanged views on the current state and prospects of negotiations on the settlement of the Armenia-Azerbaijan Nagorno-Karabakh conflict.