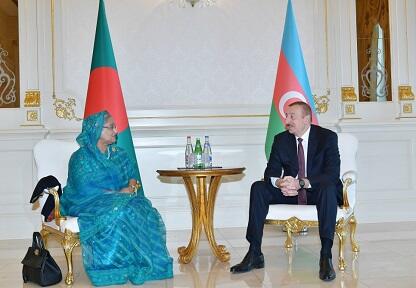 Prime Minister of the People's Republic of Bangladesh Sheikh Hasina expressed his gratitude to President Ilham Aliyev for the high level organization of the 18th Summit of the Non-Aligned Movement, as well as the hospitality of the delegation.

The head of state stressed that the election of the chairman of Azerbaijan's Non-Aligned Movement with the unanimous support of the member states is a manifestation of high confidence and respect for our country.

The sides exchanged views on the agenda of the Non-Aligned Movement, as well as opportunities for cooperation in agriculture, humanitarian, cultural and other areas.