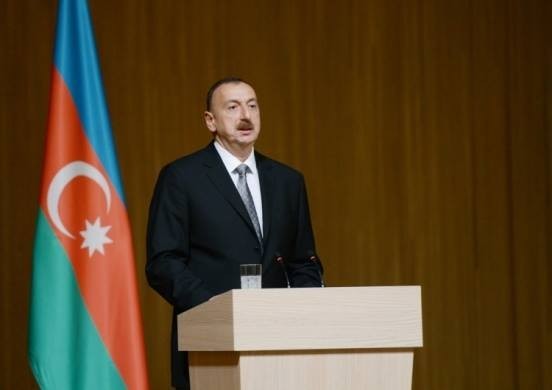 The results of the World Humanitarian Summit will contribute to the improvement of living standards of the people who suffer from humanitarian crises around the world, said Azerbaijan's President Ilham Aliyev.

"We in Azerbaijan know very well what it means to be a refugee or an internally displaced person," said President Aliyev addressing the World Humanitarian Summit underway in Istanbul May 23.

The president recalled that for more than 20 years, more than one million of Azerbaijanis have suffered from military aggression and occupation by Armenia.

"As a result of this aggression, 20 percent of our internationally recognized territory is under occupation," said the president. "More than one million of Azerbaijanis became refugees and internally displaced persons."