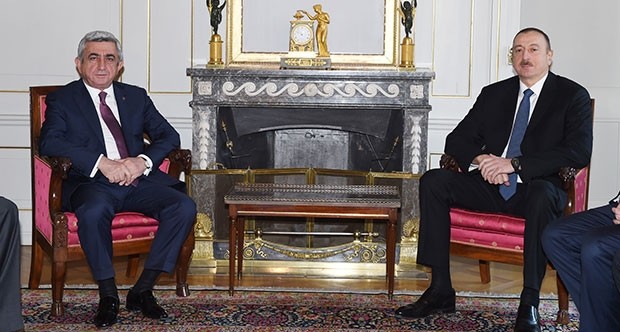 A new round of Armenian-Azerbaijani presidential talks over the settlement of the Nagorno-Karabakh conflict talk will in most likelihood take place in France, the Armenian paper Zhamanak said, citing an Armenian expert from the French Institute of Strategic Analysis.

Speaking to Zhamanak, expert Kayts Minasyan said several details have yet to be finalized before arranging the meeting. “It is important to clarify who will chair the meeting – whether it will be French President Francois Hollande, Foreign Minister Jean-Marc Ayrault or Minister of State for European Affairs Harlem Desir.

The expert added that he isn’t sure yet whether the foreign ministers of Russia and the US, the other co-chairing countries of the OSCE Minsk Group, will be present at all.

“If we are within the logic of the Vienna talks, that’s also really important,” he noted.