Official statement from the MoD on the death of Polad Hashimov 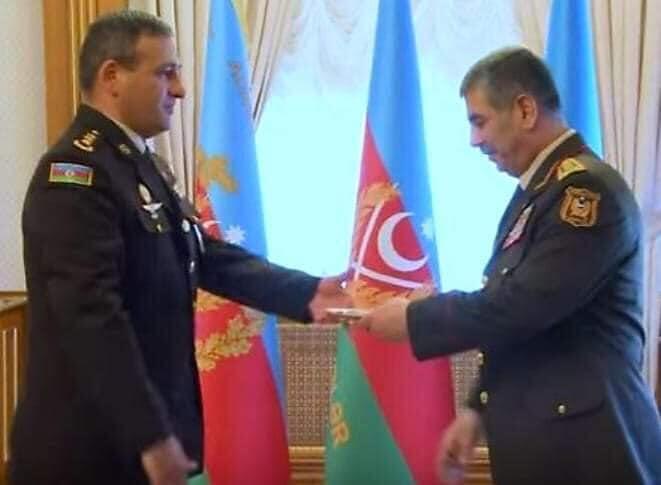 The manipulations related to the death of Major General Polad Hashimov are disrespectful to the souls of our martyrs.

"It is very unfortunate that untrue information and video materials about the death of Major General Polad Hashimov have been spread on social media and some websites.

In response to allegations about the April 2016 operation, we state in the video that not only in the direction of the village of Talysh, but also from any liberated heights there was no step back, and Azerbaijani flags hoisted on those heights are still waving there.

In the video, Major-General P. Hashimov categorically rejects the assumptions about his martyrdom, and we assess this as disrespect to the spirit of our martyrs. It is alleged that the general was not killed "31 kilometers behind the front line", but in a trench where he fought with his subordinates. Therefore, the allegations made in these materials are baseless, false and serve the interests of the enemy.

We once again appeal to the media to refrain from unprofessional statements, distortions and misconceptions in the media they represent, to be especially sensitive to the news about the martyrs in general and to show a more constructive position.

The Defense Ministry expects speeches from our media and social network users to respect the martyrs and their families, to increase the patriotic spirit and fighting spirit of our servicemen," the report said.