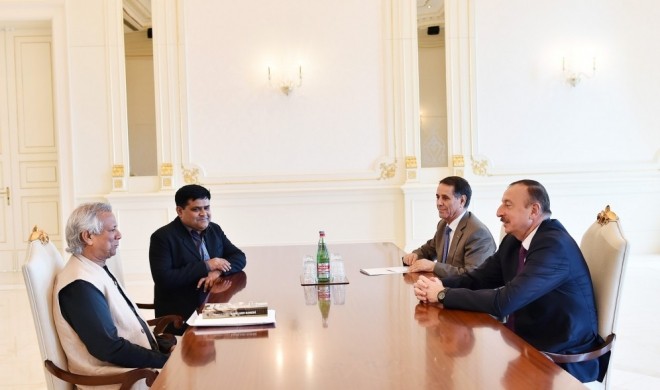 Muhammad Yunus said great development processes had been taking place in Azerbaijan under the leadership of President Ilham Aliyev, adding that he was deeply impressed with the positive changes in the country.

The head of state highlighted the achievements gained by the country during the years of independence.

President Ilham Aliyev said a 25 year period was an economic transformation period for Azerbaijan. The head of state said large-scale reforms were carried in Azerbaijan in all areas, in particular in the field of economy. President Ilham Aliyev touched upon the recent fall in oil prices, and said work done to diversify economy and reduce dependence on oil gave positive results.