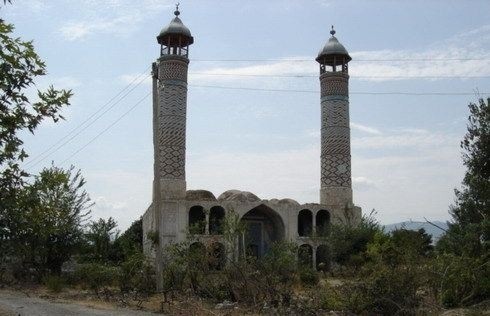 Azerbaijani State Committee for Work with Religious Organizations has released the list of historical and religious monuments destroyed as a result of the Armenian armed provocation on the contact line in early April this year.

Six graves were completely destroyed and seven gravestones were damaged after artillery shells fired by Armenian armed forces landed in a cemetery in the Mahrizli village of Azerbaijan’s Aghdam district, the State Committee said in a statement on June 28.


In addition, the historical and religious monuments dating back to the 19th century were destroyed and several mosques were irreparable damaged by Armenian vandals in April, said the statement.


“The Armenian shelling also caused cracks in the walls of the mosques in the Khindiristan, Ahmadaghali and Zangishali villages of Aghdam and those of the Juma mosque in Terter,” the statement said.


According to the State Committee, there are up to 403 historical and religious monuments (67 mosques, 144 sanctuaries, 192 places of worship) in the Armenian-occupied Azerbaijani territories.